It's settled - Synsam Group moving eyewear production back home from Asia. The final choice was Östersund. 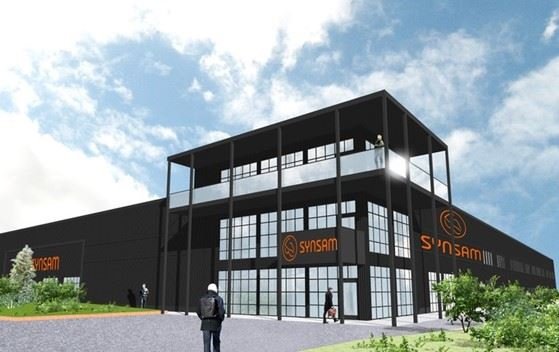 During the autumn, a dialogue was initiated with Ockelbo municipality about establishing a presence in the area. However, the municipality’s proposal was not approved by the Administrative Court, so Synsam once again raised the issue and engaged in a deeper dialogue with Östersund. The agreement is based on a private business arrangement whereby “Hangar 90,” which belonged to the Jämtland wing of the Swedish Air Force, will be transformed into an ultra-modern innovation centre and eyewear production facility.

“Östersund is a perfect platform for Synsam Group to build our existing and international business. It has a robust local economy in an expansive region with well-developed infrastructure and surrounded by nature. We can also reuse an existing premises which is an advantage in terms of sustainability,” says Håkan Lundstedt, President and CEO of Synsam Group.

200 full-time employees are expected to be required, making it one of Östersund’s largest private employers. Synsam’s factory and innovation centre, which will also include an eye health training facility and be a destination for both customers and trade, is expected to be ready for production to start in early 2022.

“We’re in the middle of turbulent times. The coronavirus pandemic has highlighted the vulnerability of the global supply chains. Even though the decision to move production back home was made for sustainability reasons before the pandemic, this has further convinced us that our analysis was correct,” concludes Håkan Lundstedt.

“This is an important and historic establishment for Jämtland, which will help generate interest in us as an attractive region for the business sector. Synsam Group’s focus on sustainability – both in building the factory and throughout the eyewear production process – is especially gratifying, as is their bold decision to move production back home to Sweden, and to Jämtland. It shows that it really is possible to transition to sustainability.”